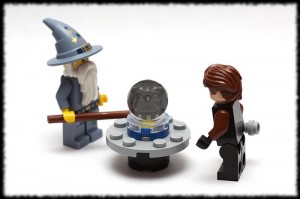 Just picked up a free-ish crystal ball in the January sales, so let’s take a look at what 2011 might mean for science communications and promoting science in the media. Here’s a clue: blogs, post publication peer review, open access and shouting a bit louder will mean that science will get (a bit) free-er to access and use. Here’s our pick of trends for 2011.

The 21st Century just turned into a teenager. We’re expecting it will be a moodier, spottier, more out-spoken world and science will be the same. The youthful internet is getting cleverer and science needs to understand that to be heard you need to shout loud… REALLY LOUD. We’re expecting plenty of scientific entrepreneurial endeavor and it will be fun to watch.

A scientific blogolicious, tweetup: It’s coming fast. Scientists have been blogging, tweeting, FB-ing and building websites for a while but 2011, we think, will be the year that Science 2.0/3.0 will balloon into a functioning reality worth taking note of. Why? 2010 saw the first verifiable open post publication peer review across numerous outlets (more later on this), conferences are now receiving full coverage via Twitter (whether organisers like it or not) and self archiving of academic content is a reality (even if it is a bit of thumb to the nose of publishers). All this self publishing will mean free (-er) access to scientific content.

Open access publishing: This has been around for a while but 2010 saw some significant momentum building as scientists realised that it can be rather helpful to their careers. We think new publishers such as PLoS will really blossom in 2011 and get an increasing share of media coverage. Traditional publishers will go more and more towards this style of business model. Those that don’t will start to struggle. And, scientists that don’t publish in open access journals will start noticing the difference in their funding. Of course, without the shackles of pay walls, everyone gets greater access to the content.

Post publication peer review: A tongue twister but 2010 saw the first verifiable open peer reviewed tongue lashing (here for one of the autopsies) of a publication in Science and a subsequent media storm reminiscent of previous “discoveries” of ET. There will be more of this – much more.

The Embargo system: Despite criticism, this will still be around. Thousands of press releases will still be released this year and journalists will still complain about the number of them in their inboxes. But, will the system still have such an influence in this new reality?

Science Journalism: You might think it’s dead, dying, hung-over or maybe in tip top condition but we will still see glimpses of genius writing and no doubt plenty of same old, same old claims that celery will make you immortal (or whatever else). But, will it come from your favorite (tabloid) journalists or the new kids on the block – the science bloggers?

WikiLeaks: Whether you agree or not with what or how it happened, we are probably set to learn a bit more about dodgy dealings around climate change and probably a bit more about medical ethics and Big Pharma.

Scientific Information Overload and Promoting Science: We’ve seen claims of 75 clinical studies being published every day and estimates of 2.5 million academic articles being published every year. Will there be more this year? Probably. And how, in the midst of this ocean of information, can we sift the quality scientific wheat from the noisy chaff. By the end of the year, we hope to know.

So, a few predictions for 2011. Let’s see how we get on and whether science actually starts growing up with some freedom from the past.

Bad Behavior has blocked 12 access attempts in the last 7 days.